It’s true–you can create GIFS or a portrait of an alien worth $140 million, but that’s not the point.

Let’s start with CryptoPunks. Why is this pixelated alien on the market for $140 million dollars?

This is a CryptoPunk. Specifically, it’s CryptoPunk 5822; one of 9 aliens out of 10,000. This is probably the most expensive on the market as of writing this article, but even the cheapest punk will fetch hundreds of thousands of dollars. So why is this so expensive? It comes down to three things:

Instead of art, I see CryptoPunks as being more akin to luxury brands. When we look at any luxury brand–it becomes immediately clear why they “warrant” the type of price tag they do. You’re buying a piece of their brand; not only with the item itself, but the history, recognition, and stature. People recognize Jordan 1’s, Chanel handbags, and Gucci flip-flops. The logos have become international symbols suggesting–that if you wear Jordans, you’re ingrained in the culture of hip-hop and basketball; that if you sport a Chanel bag, you’re classy, fashionable, and sophisticated (also that you’re rich). It’s the brand recognition and image–that warrants such a price tag.

How does branding have anything to do with CryptoPunks? As many readers will know, crypto is still infantile in terms of its history–and CryptoPunks has a special place in this wild journey. The CryptoPunk project, introduced in 2017, was one of the first (if not the first) implementation of an NFT on Ethereum; in fact, it largely inspired the EIP-721 proposal, the standard in which NFTs are built on today. Consequently, it’s become well-known; the first step to becoming a brand (maybe the only step). Then, in 2021, we suddenly had a catalyst (not sure what exactly) that propelled CryptoPunks to a whole new level. Sales of these “pixels” started fetching millions of dollars; Jay-Z bought one and changed his Twitter profile picture to it; the media went crazy–and even suburban moms are now asking their kids, “what the heck is this?” Now, if you’re an owner of one of these CryptoPunks, you’re apparently at a level akin to Jay-Z, Snoop Dogg, OBJ, and others.

This then leads me to my second point–Jehovian signaling (honest signaling).

Definition – Honest Signaling: Honest signaling conveys information that is a true indicator of the underlying quality of the sender and it is useful to the receiver.

Why do people spend thousands of dollars for a table at a club? Why do people buy Gucci or Chanel? It’s a natural effort to stand-out; you want to show others that you’re either in-the-know, wealthy, or have a certain lifestyle. With things like tables at clubs or designer brands, you have to “pay your dues” in order to play–and everyone knows it’s not cheap. Thus, it’s honest. 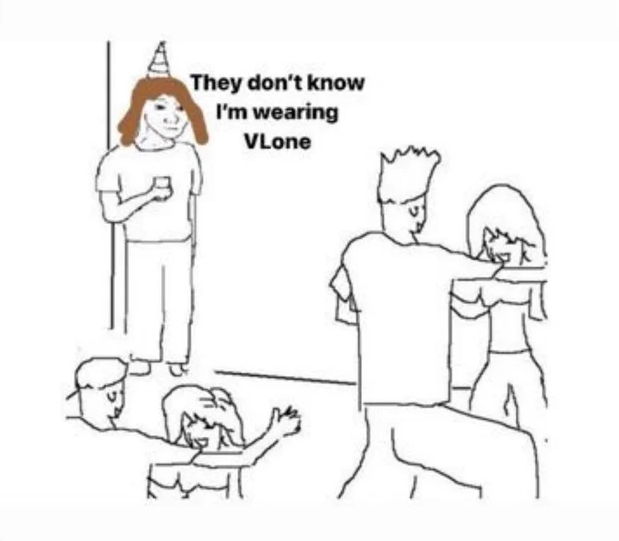 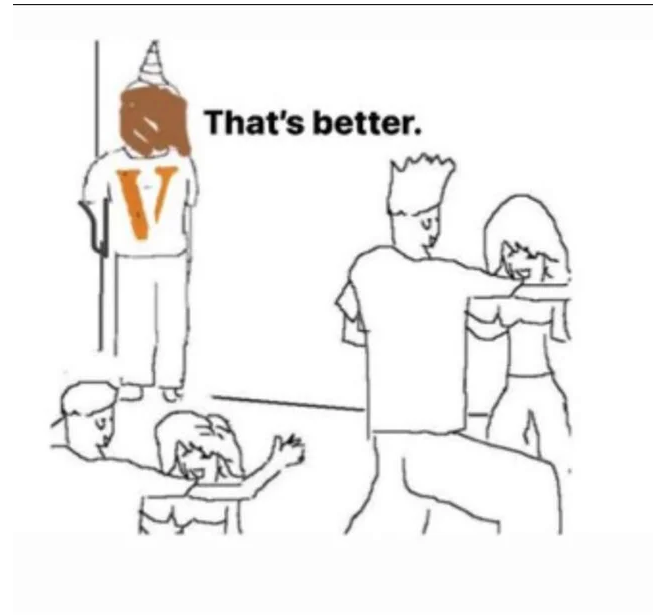 CryptoPunks are the same. Unless you were one of the early adopters of CryptoPunks and have held it throughout the years, in order to own one of these pixelated images, you have to be willing to spend hundreds of thousands, if not millions of dollars. Furthermore, each sale is publicized on the blockchain–you either have the money or you don’t. And even if you were an early adopter, you’re likely even more “respected” because it appears that you knew something most people didn’t.

Finally, here’s where Gucci & Chanel differ from CryptoPunks–and one of the main ideas of why NFTs are revolutionary: you can’t fake it. Unless you’re absolutely oblivious of the world we live in, fake luxury brands are a major part of our society. From street vendors selling egregiously fake items to online communities custom-ordering a limited batch of fake goods with “Quality Checks” from China–the industry is huge. 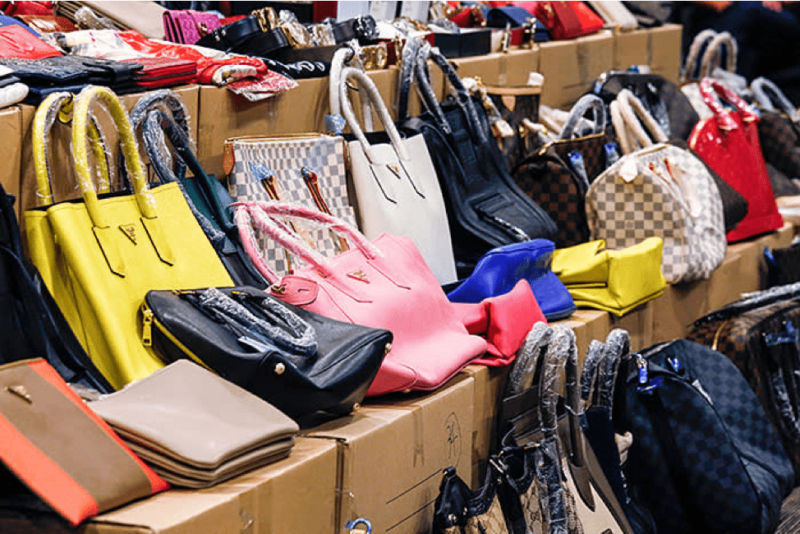 So big, in fact, that a study in 2016 found the total trade in fake goods was estimated at $4.5 trillion dollars. It’s a huge market, extremely successful, and there’s no real “solutions” for them.

However, with CryptoPunks and NFTs, it’s impossible to fake. The punks are backed by an immutable smart contract on an immutable, secure, and battle-tested blockchain ledger. No matter what you do, you can’t own a real CryptoPunk unless you actually buy it from someone. You can’t just create another punk either–and even if you were to copy the same pixelated image that Jay-Z has onto your twitter profile, it doesn’t mean you “own it.” You can easily check it and see who’s the real deal. Indeed, both the spectators and owners can have full trust that each, real CryptoPunk will always follow the same rules, governed by code. Thus, CryptoPunks can be boiled down to three points:

Okay, so what’s the takeaway? Points 1 and 3 are most salient. Let’s focus on this in the next section.

Digital art such a small part of the big picture that it frustrates me how much attention it gets–and how much innovation is driven away from what really matters. Think about this for a moment: we now have the capabilities of having a global ledger that can tell you and everyone else who owns what. Furthermore, it can be programmed and trusted*. Imagine for a moment a world in which a single store will tell you whether or not you have ownership of both digital AND physical** properties. Imagine a world where:

The only reason Bitcoin is worth the amount it is today–is because people have confidence that it works; it’s fault-tolerant/fault-proof. Environmental/legal matters aside, it’s proven to work as a store of value system. Likewise, Ethereum (and some of the other chains) also garner the same respect because–again, it’s proven as being a stable, reliable network. What does this mean? It’s possible to have a global ledger, with smart capabilities! That’s–what’s exciting.

Indeed, I imagine this will actually help 3rd world countries the most. In fact, ADA (Cardano) is already leading efforts in this space. With these chains, companies created on them are automatically global. You don’t need to have access to U.S. credentials to participate as a customer either. Everyone in the network is a global citizen. This is so clearly the next step in globalization!

How do we get there?#

Firstly, we need to create companies much like reputable brands. Smart contracts, by nature, should be and are open-sourced. Theoretically, this means anyone can then copy-paste all the code and create clones. But just like fake CryptoPunks and forks of popular open-source repositories, if the branding isn’t there, it’s worthless. Imagine the U.S government started incorporating this global ledger to account for home ownership–automatically, they have a reputable brand. Since the code itself is out in public, it can be trusted and audited. Take this idea further and imagine the UN starts to keep track of land ownership for the entire world! Same deal–brand and trust, both satisfied.

Secondly, we need to better understand incentive structures and best leverage them to empower developers and creators to do something truly useful. The only reason NFT art is such a big deal right now is because there’s an enormous amount of money incentivizing it. Do dApp developers have the same sort of incentives? I’d argue they don’t.

Finally, we need to incorporate NFTs more as a standard for the web (“web2” or “web3”, doesn’t matter). Instead of having specific sites like OpenSea interacting with chains and showing proof of ownership, NFTs and their validity need to be baked into our protocols as first class citizens. Just like how we no longer trust websites without SSL certs (incentivizing all websites to adopt this standard), we need to find incentives for all websites to have native capabilities for interacting with NFTs. It should be a given, not an exception.

If the internet back in early 2000’s gave us a way for the world to connect–the blockchain is now giving us a way to unify our data and source of truth.

It’s still early and exciting in this crazy world of crypto–and while digital art is cool, it’s nothing compared to the type of globalization, interconnectivity, and unity that’s now possible.

*trust in the overall system is technically there, but bugs in smart contracts are inevitable; thus, having complete trust seems to be impossible (?) I’m still trying to to reconcile this idea.

**This is also iffy; proving ownership in a digital context is straightforward, but as soon as we jump into the physical world, we are facing very much the same challenges with fakes previously outlined in this post. Also still trying to reconcile this idea.